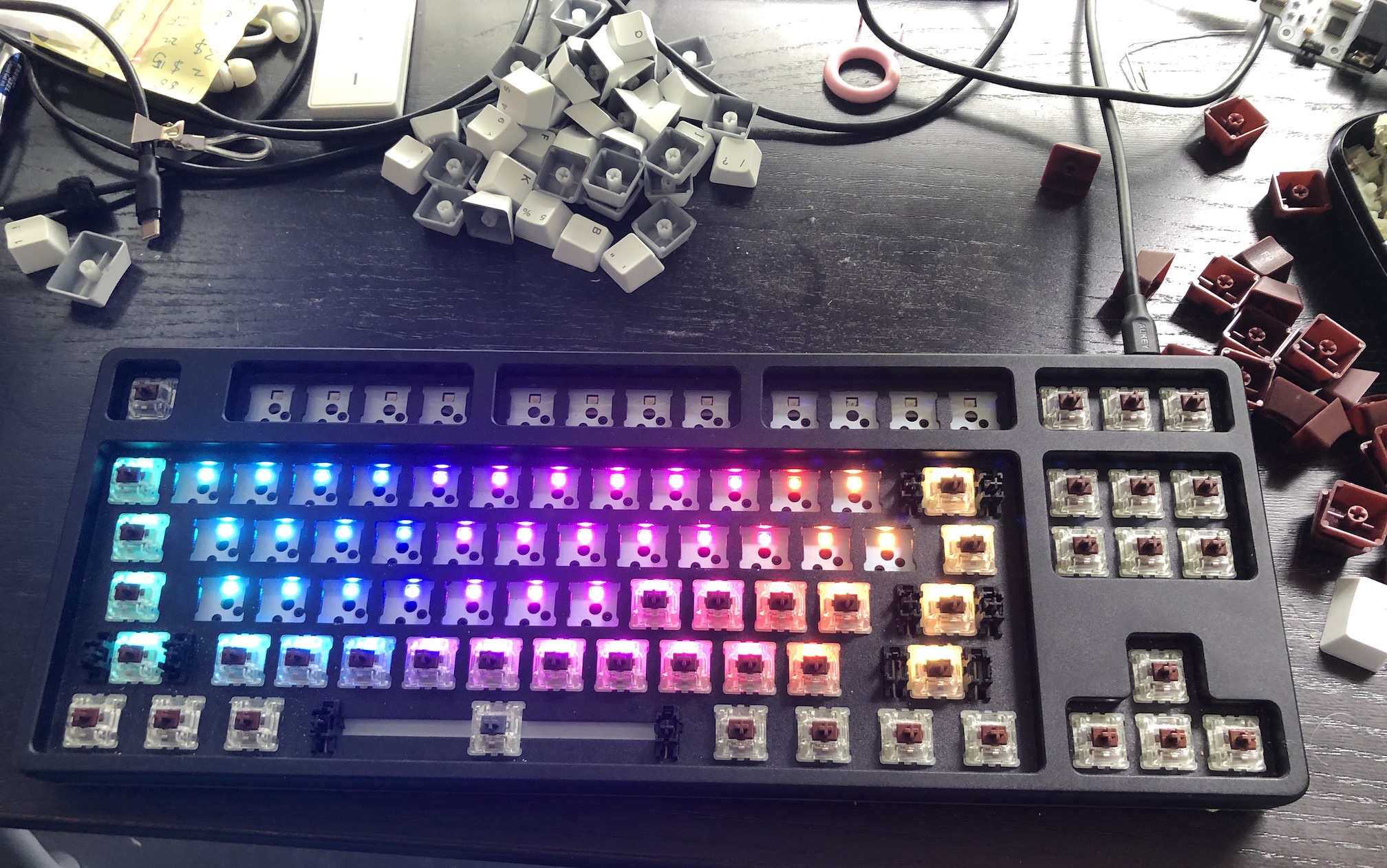 Today, I took them all out and replaced them with the Cherry MX Browns that the keyboard came with. There were just too many keys that generated an extra spurious press. So that would be "I typee" rather than "I type". This seems to happen especially with often used keys like e. So let's see what happens when I've used the Cherry MX Browns for five months.