I currently have a MacBook Air and plan on getting a MacBook Pro with Retina Display when the new models are released.

Both of these lack Ethernet ports. So I got Apple's 10/100 Ethernet to USB adapter two years ago. But it's pretty useless, because it only does 11 MB/sec, while I get 14 - 16 (sometimes as high as 22) MB/sec over wifi. So when a year ago Apple released a 10/100/1000 ethernet to Thunderbolt adapter I got that one. Which is great, except that you can either plug in the GE adapter or an external screen, not both.

So I asked for suggestions on the Ars Technica forums:

Looking at Amazon UK, there are numerous options. Can anyone recommend a specific one? My requirements:

I didn't get any recommendations. I decided to go with the Anker one. Here are the unboxing photos: 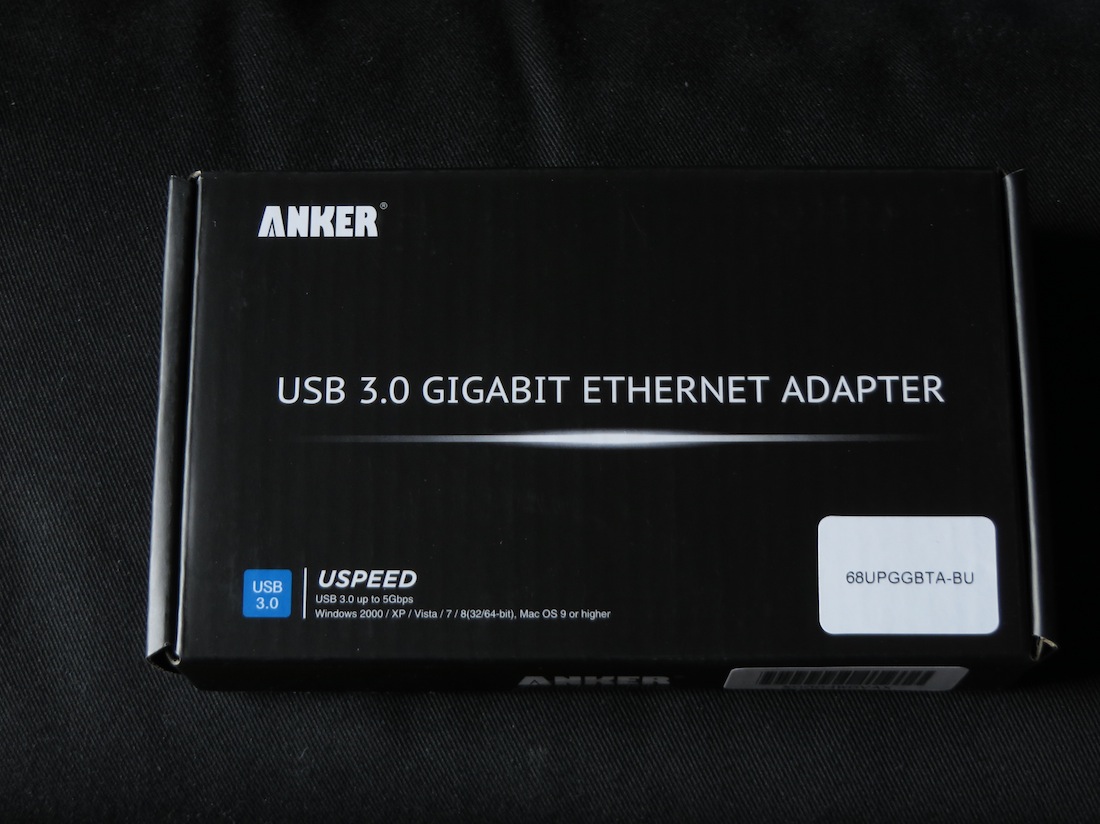 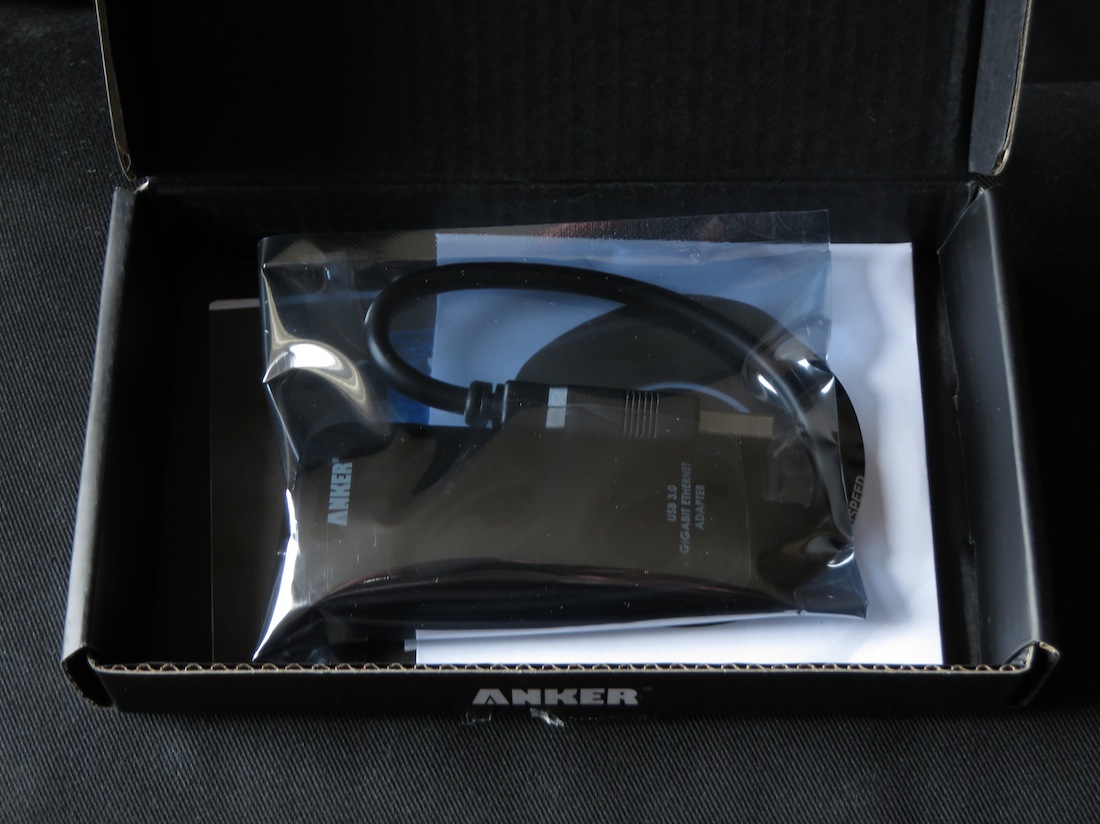 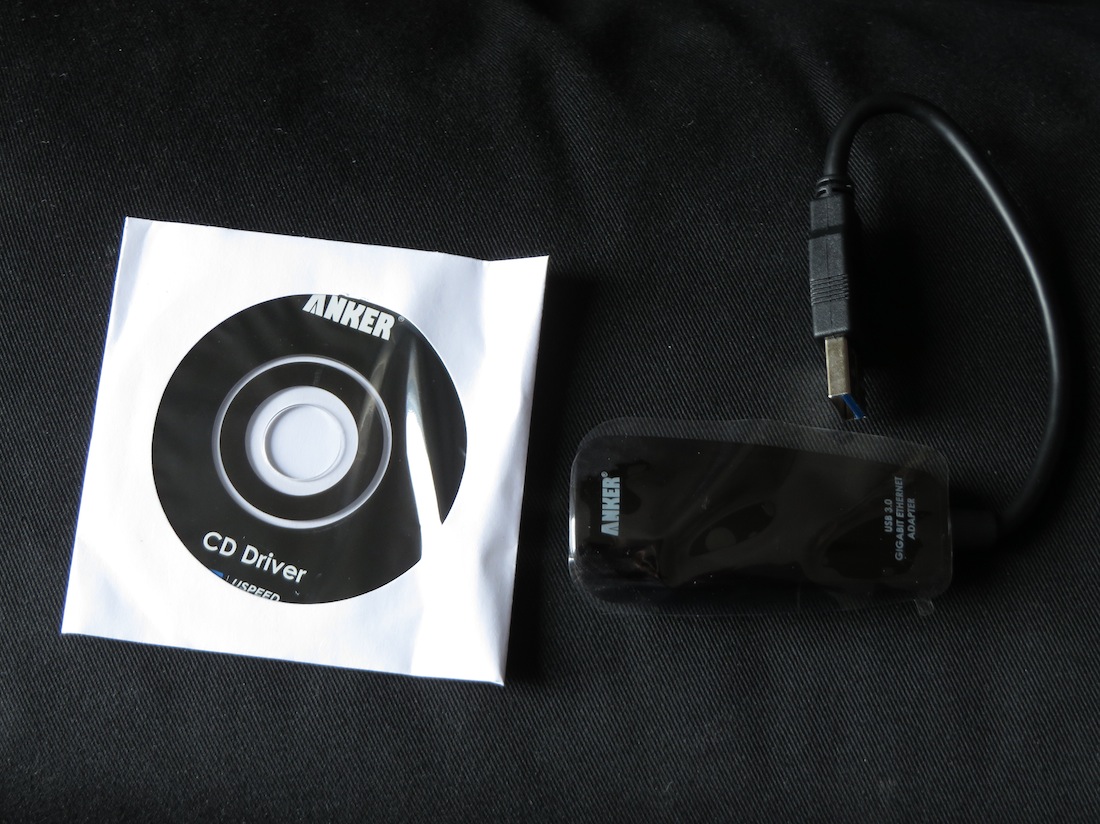 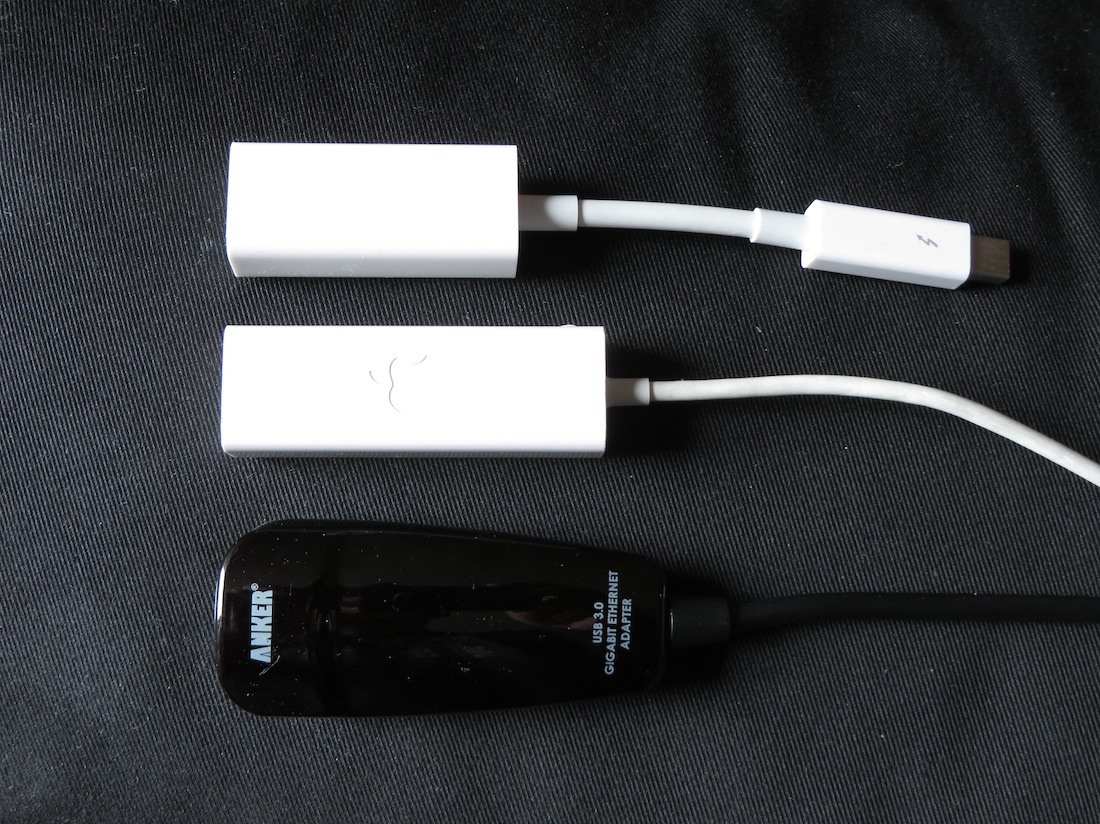 After installing the driver, you get a new ethernet interface: 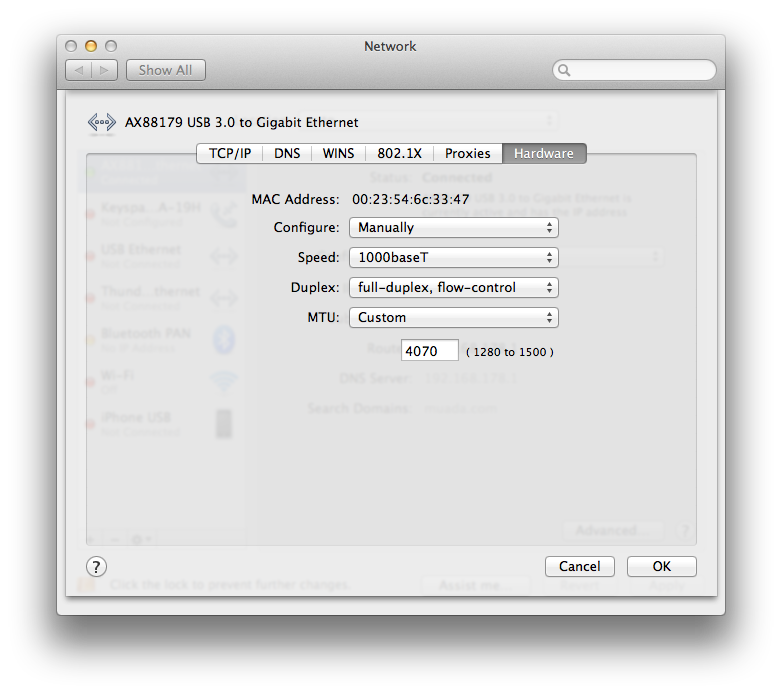 The wake-on-LAN seems to work as it should, but I'm not sure the energy efficient ethernet is implemented in the driver. With the Thunderbolt adapter it says it uses EEE when connected to the new Time Capsule, but this one doesn't:

Speed tops out at around 30 MB/sec over USB 2, but drops once you start sending and receiving at non-trivial rates at the same time. So that's pretty good right now, at double my wifi speed, and it's only going to get better once I have a machine with USB 3.