Ten years ago, on 6 June 2012, the Internet Society organized World IPv6 Launch. A year earlier, we'd had World IPv6 Day, where many (large) organizations added IPv6 addresses for their websites to the DNS for 24 hours, in order to see if that would create problems. That went mostly smoothly, with a few surprises, so a year later it was time to turn on IPv6 for real. Time for a blog post looking back on worldipv6launch.org. 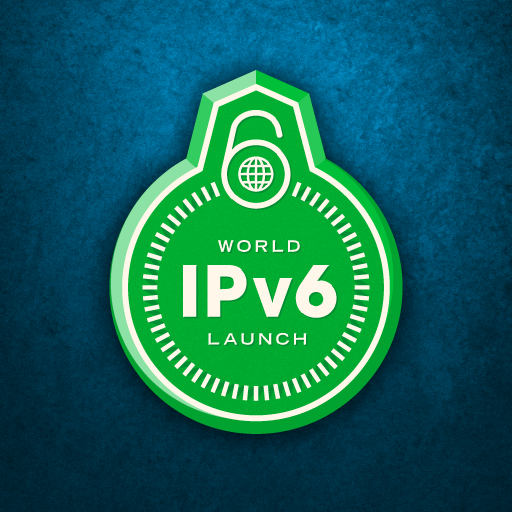 I thought this would be a good excuse to do what I've done with some regularity over the years: see how well things work when I turn off IPv4 on my home network.

The IETF tried this at is meeting in March of 2008 for an hour on its meeting network, with interesting results. Back then, Windows XP was still the most widely used operating system, and although Windows XP does support IPv6, it doesn't support DNS lookups over IPv6. So the Windows XP users were left out in the cold or had to apply complex workarounds.

By the early 2010s, all operating systems had mature IPv6 implementations, but very few websites and other online services were IPv6-enabled. So with IPv4 turned off, you couldn't do much. Since then, that's gotten a lot better. And it took a while, but many (most?) ISPs now routinely provide IPv6 connectivity along with IPv4.

I initially tried to turn off IPv4 on my home router, but no dice: you can turn off IPv6, but not IPv4. So I replaced the home router that came with my FTTH service with a Mikrotik, which has no such limitations.

The good news is that my main networked devices all had no issue using IPv6: my Macs, iPhone, iPad, AppleTV 4K and LG TV. Not sure about my Onkyo receiver, but I never use any networked services on that anyway. My Sony UHD blu-ray player wouldn't run its Netflix app or software update check over IPv6, but the IPv6 version of the built-in network connectivity checker was happy with the connectivity. In the settings it said IPv4 had priority over IPv6, but no way to change that. Strange.

On the LG TV and the AppleTV most of the video streaming apps work fine over IPv6. Not Amazon Prime or the Dutch public broadcasting apps, though. Podcasts are pretty bad. I found four IPv6-related podcasts, and only two of them would load over IPv6. And of all the others I tried, just one.

Although most of Apple's stuff has supported IPv6 for years, controlling smart home devices through Homekit remotely (over the internet) doesn't work with just IPv6. And Siri doesn't work over IPv6.

Right now, if you're an IPv4-only user (or content provider) that doesn't cause any problems. It's up to the IPv6-only users to figure out a way to reach the IPv4 world. It will be interesting to see how long it takes before we reach the tipping point where this flips and important services are only available over IPv6, so IPv4 users have to find a way to talk to the IPv6 world. I'm guessing not very soon.

Ok, time to turn IPv4 back on so I can listen to some podcasts.