Fifteen years ago today, Everything you need to know about IPv6 was the first big story I wrote for Ars Technica.

Ah, those innocent days of the past when we still had more than a billion fresh IPv4 addresses to burn through... Back in those days, it was common to hear that IPv6 was unnecessary if we just used NAT. I decided to address this argument proactively as follows:

This is usually when someone brings up NAT. Home routers (and a lot of enterprise equipment) use a technique called "network address translation" so that a single IP address can be shared by a larger number of hosts. The discussion usually goes like this:

"NAT is not a firewall."

Still makes me smile to this day. One thing I didn't remember is how I illustrated the vastness of the IPv6 address space:

40 or 48 bits would have given us more than a trillion or even 281 trillion addresses, respectively, and 64 bits would have been a nice round number. But as the axiom goes, once bitten, twice shy, so the IETF opted for 128 bits this time around. The total number of possible addresses that this gives us:

To put this into perspective: there are currently 130 million people born each year. If this number of births remains the same until the sun goes dark in 5 billion years, and all of these people live to be 72 years old, they can all have 53 times the address space of the IPv4 Internet for every second of their lives.

You may also like my last (so far?) IPv6 story on Ars Technica from 2016: IPv6 celebrates its 20th birthday by reaching 10 percent deployment.

Right now, Google's IPv6 statistics show that during week days, 33% of Google users have IPv6, wile during the weekends it's 38%. So it looks like more people have IPv6 at home than at work. These numbers seem to be increasing at a few percentage points per year. 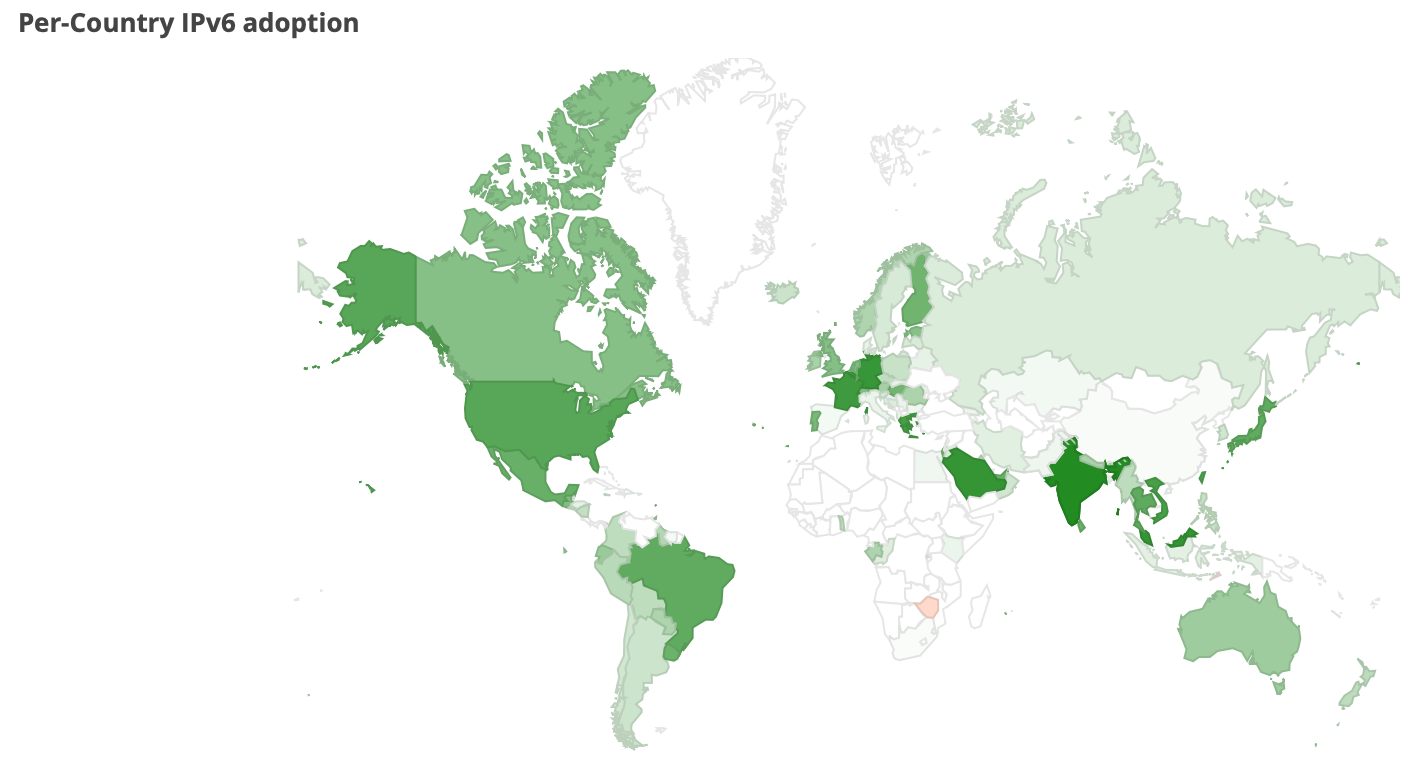 I don't remember when Belgium reached 50% IPv6 adoption, but it was several years ago; they were already at 30% in 2014. They're now at 56.55%. So it seems that reaching 50% IPv6 adoption is fairly doable, but growing (much) beyond that seems to be more difficult.