Original Amiga mice were never that great, and a few decades of use and storage didn't help. So if there's one part of the Amiga I have no problem replacing with something new, it's the mouse. (Don't feel bad, I swore of Apple mice, too.) So a while ago I got a USB-to-DB9 mouse adapter. That one worked fine with wired mice, which was a big improvement.

However, a few years ago I discovered the Logitech Anywhere MX 2 wireless mouse. I liked it so much I got one for at home and one for at work. The MX 2 is a bluetooth mouse that can pair with three computers. You can simply switch to another computer with a small button at the bottom. Now obviously the Amiga doesn't do bluetooth, but the MX 2 comes with a Logitech unifying receiver, which you can plug in any USB port and then the computer thinks it's talking to a wired USB mouse.

Problem solved, right? Not really. The MX 2 didn't work with that adapter, nor with another one. Eventually I went as far as to get a RapidRoad USB adapter for my Amiga 1200. This does work very well most of the time, but the complex USB software is not compatible with most games and is not 100% reliable. 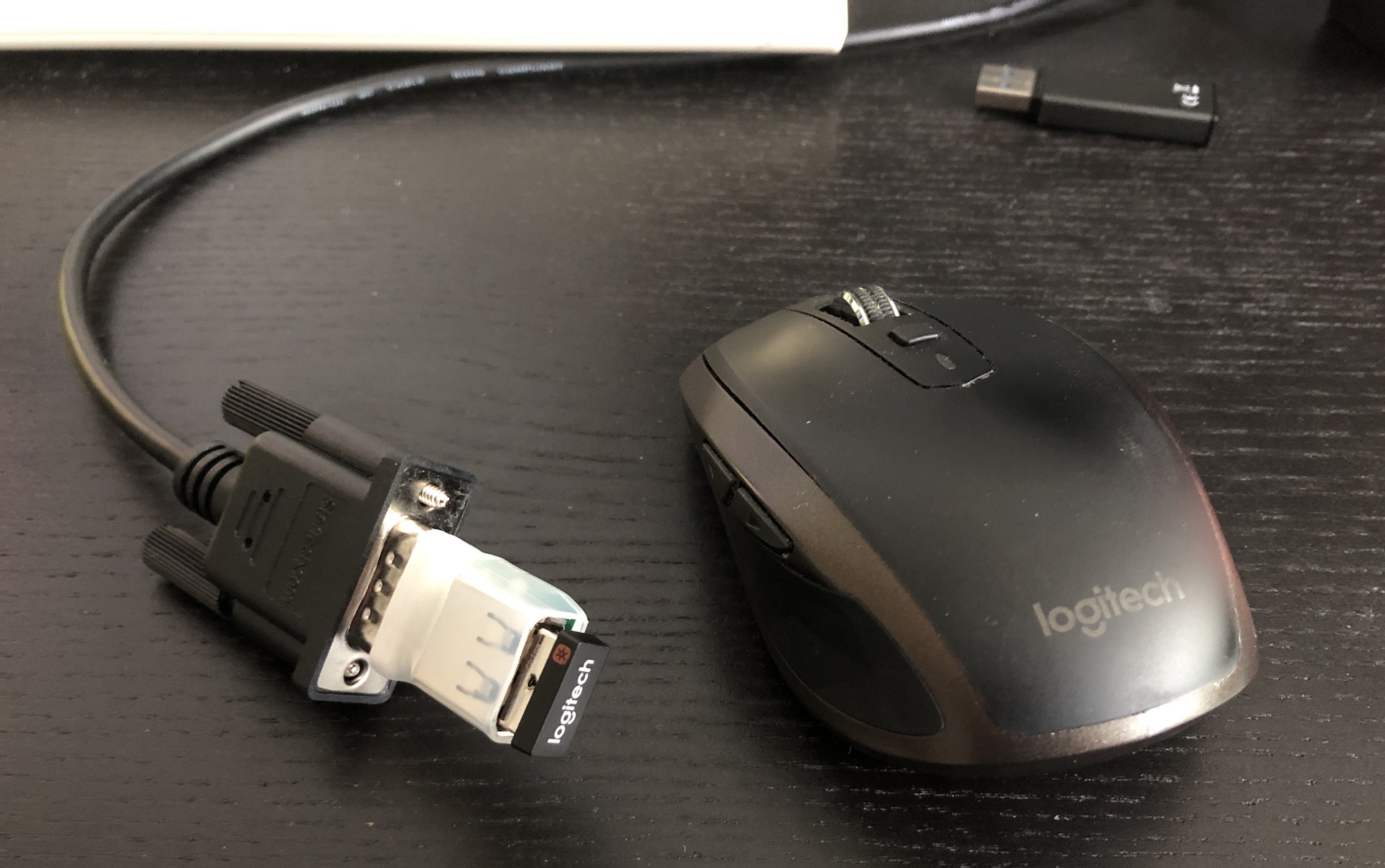 The MouSTer connected to a DB9 extension cable, with the Logitech unifying receiver and the MX Anywhere 2

So when I read about the MouSTer, I thought four times might be a charm. After waiting for the little device to make its way from Poland to Holland over the course of very many days, it arrived today. So I plugged it in and... not much. The mouse pointer did move a pixel or two, but nothing close to working correctly. Then I noticed: 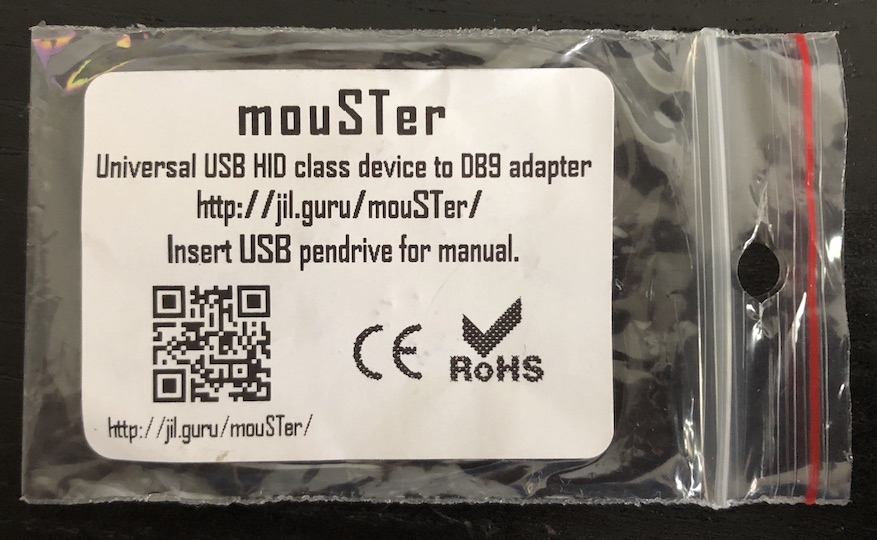 So I plugged a USB thumb drive into the MouSTer, which produced furiously blinking LEDs. Afterwards, there was a new directory on the flash drive, with in it a file named MOUSTER.INI. This is a text file with settings and clear explanations what they do. Out of the box, the MouSTer was set up for the Atari ST (hm, maybe the capitalized ST in the name should have been a clue?). I quickly changed that to "amiga". For good measure, I downloaded the latest firmware and put that next to the MOUSTER.INI file and put the thumb drive back into the MouSTer. After that, different mice worked as expected, with just some tweaks to the DPI divider and LED heartbeat settings needed. 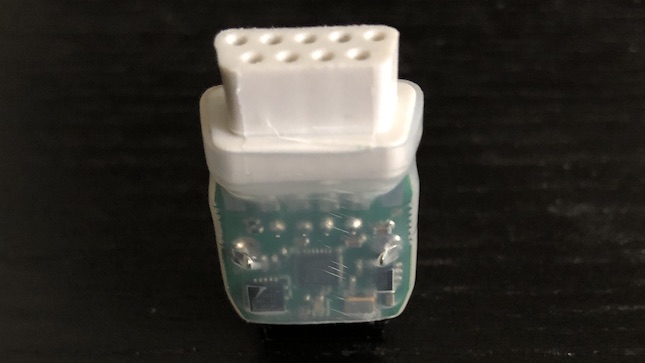 A modern optical mouse like the MX Anywhere 2 sends way more "hey, the mouse has moved" pulses than the Amiga expects. As a result, when you move the mouse quickly, the mouse pointer jumps around because the computer can't keep up. Using a DPI divider ("microstep") value of 2 - 5 on the MouSTer didn't completely solve that for me, but using the Mac Logitech Options program to tell the mouse to use the minimum pointer speed, along with a microstep value of 2 made everything work satisfactorily.

Amiga mice normally have two buttons. The DB9 port has just one unused wire, so the Amiga can recognize a third button, but that's it. No scroll wheels—without using different hardware. However, the MouSTer will helpfully map any additional mouse buttons to the three the Amiga can recognize, with or without autofire. A program like FreeWheel will let you do something useful with the extra mouse button.

You can tell the MouSTer is starting up after turning on the computer because its yellow-orange light flashes furiously. (It'll tell you any error messages in morse code.) This is fast enough that if you press both mouse buttons as you turn on the computer, you're greeted by the boot menu as intended.

Conclusions: after only a few hours of use, I'm already a fan of the MouSTer. The hardware is nice and small, so it doesn't stick out far enough to get in the way. The electronics are visible, but covered with plastic so no chance of accidental shorts. The configuration method is unorthodox, but works well. I tested it with both a wired and a wireless mouse, as well as a couple of joysticks. Everything worked. (It also supports gamepads.) Using the Amiga mouse port is a mixed blessing. On the one hand, it's a limitation: only the one extra middle button and no scroll wheel support. On the other hand, it works with everything. In my case, I simply use two Logitech receivers: one on the MouSTer and one on the RapidRoad. So I just flip the mouse and push a button to switch between features and compatibility. 😎