As I'm preparing for the arrival of more > 1000 Mbps Ethernet equipment, I did an inventory of the Ethernet cables I've collected over the years. Turns out there's more variety than expected: I have cat 5 UTP, cat 5e UTP, cat 5e STP and cat 6 STP. (The good news: crossover cables are no longer a thing. Even the red cable is a regular straight cable.)

UTP is unshielded twisted pair. The cat 5 and cat 5e specifications don't require shielding, and I believe the same is true for cat 6 and cat 6a. Just the twisting already makes the cable pairs much less susceptible to interference than an untwisted cable. However, it's not uncommon to see twisted pair with shielding, which we may be tempted to call "STP". However, things are a bit more complex than that: there's two types of shielding and two places where it can be applied. There's foil shielding and braided shielding, and this can go around all four pairs together, or each pair can be shielded individually. Some examples:

The most common types of twisted pair used for Ethernet are cat 5, cat 5e, cat 6 and cat 6a. New categories add more stringent crosstalk limits and typically have a higher MHz bandwidth rating. Note that each higher category is compatible with the lower categories. So if you want to use a cat 6a cable to hook up your phone, that'll work just fine.

Without going over all the specs, this table shows the compatibility between cable categories and Ethernet speeds. (As 10GE is barely showing up now in homes and offices, fifteen years after being standardized, I'm going to ignore possible speeds faster than 10GE.)

(With 😀 meaning works with a maximum distance of 100 meters and ⛔ doesn't work.)

Update: to make sure 5GE works at the full 100 meter distance, it needs cat 6, as 5GE requires a bandwidth of 200 MHz. Cat 5e supports 100 MHz, cat 6 250 MHz and cat 6a 500 MHz. However, with NBASE-T downshift (with the N in NBASE-T meaning 2.5/5GE) the devices on both ends try the highest speed they have in common and "downshift" if that doesn't work reliably. So in practice you'll often get better speeds than expected for the cable type, especially for shorter cables and if there's no other cables running together for significant stretches. NBASE-T downshift can also be applied to 10GE, GE and 100 Mbps Ethernet.

So from the table above, it's pretty obvious that you'll want to avoid cat 5. Turns out that a good number of the (relatively short) Ethernet cables I have lying around are cat 5. I'll have to be careful to only use those in places where I won't be using GE+ speeds for the foreseeable future. 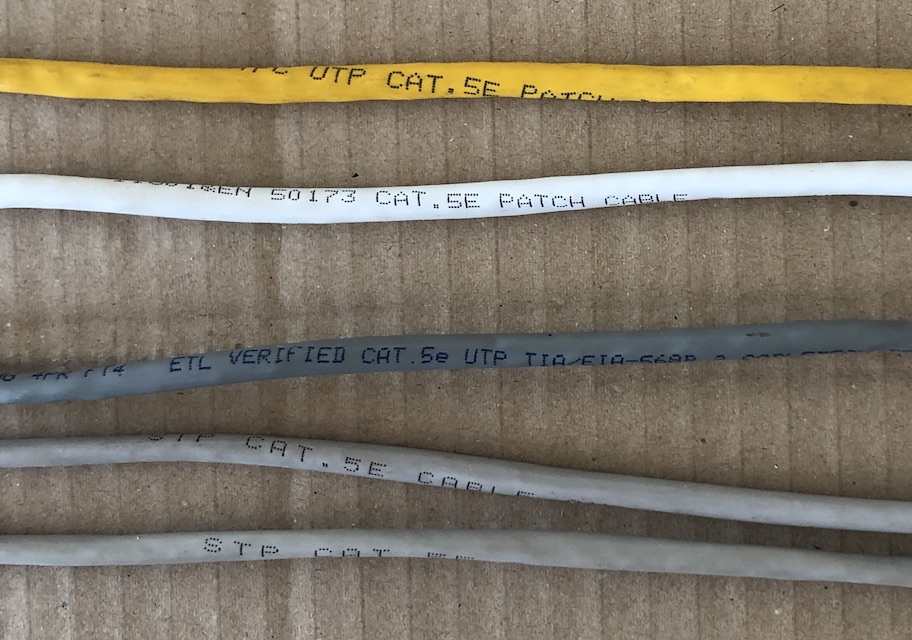 But... is it worth the trouble to use cat 6 or better?

A couple of years ago, I installed cat 6 between the living room where the cable modem resides and my home office. This was F/UTP. In addition to the shielding, there's a plastic spline in the cable that keeps the four twisted pairs apart. All of this makes the cable a lot thicker and harder to bend than regular cat 5e UTP. Connecting the shielding to shielded connectors at both ends also provides the opportunity for ground loops and the associated electrical shocks. 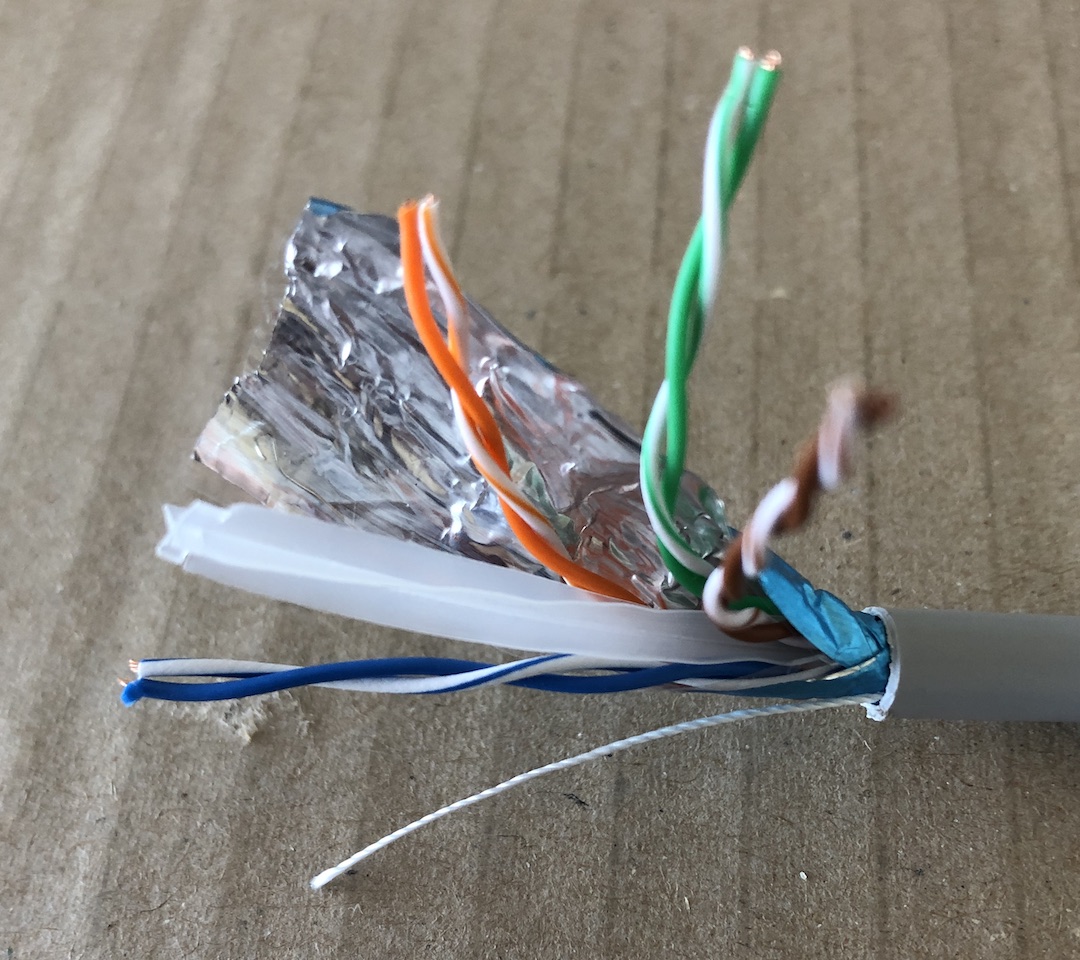 So I'd say that cheaper and easier to work with (and easier to get in the desired color!) cat 5e is probably a better choice in many cases. Although when laying down cabling that would be very hard to replace, it might be a good idea to install shielded cat 6 or cat 6a—with some extra length to make sure you can replace connectors that prove inadequate when you upgrade to 10GE.