Back in 2003, Apple released the Apple Wireless Keyboard:

(Not to be confused with later keyboards of the same name that look like laptop keyboards.)

The keyboard still works with an ancient MacBook Pro, but it won't pair with anything from the 2010s. That's too bad, because I think it looks pretty nice. So I decided to see if I could bring its essence into the 2020s by transplanting the keycaps to my Drop CTRL keyboard.

Here on the left is a regular MX style keycap, and to the right one from the AWK2003. Not so different. 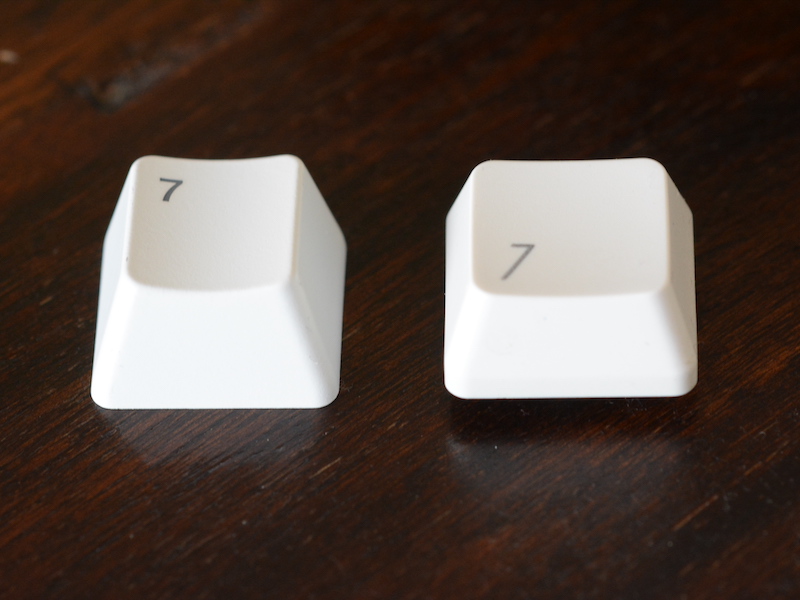 Until we turn them over: 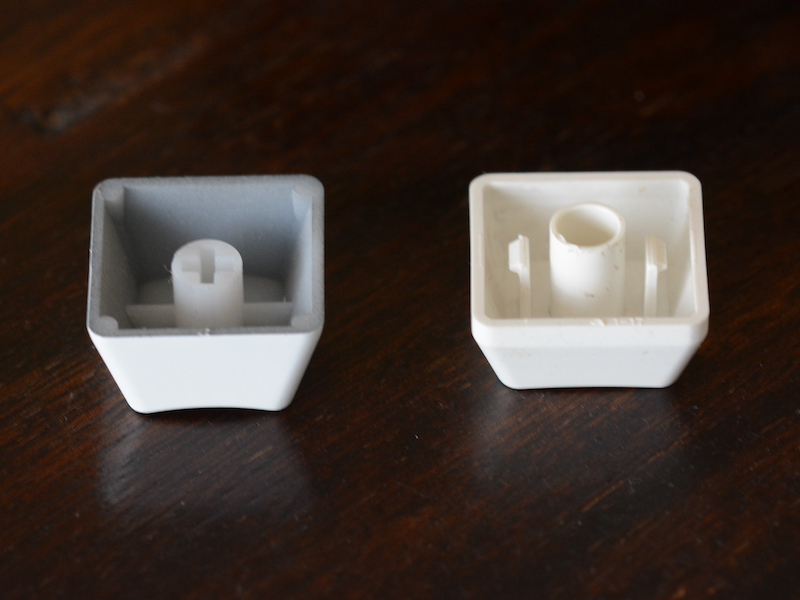 However, the AWK2003 keycap will fit on a Cherry MX style switch, especially a Kailh box switch: 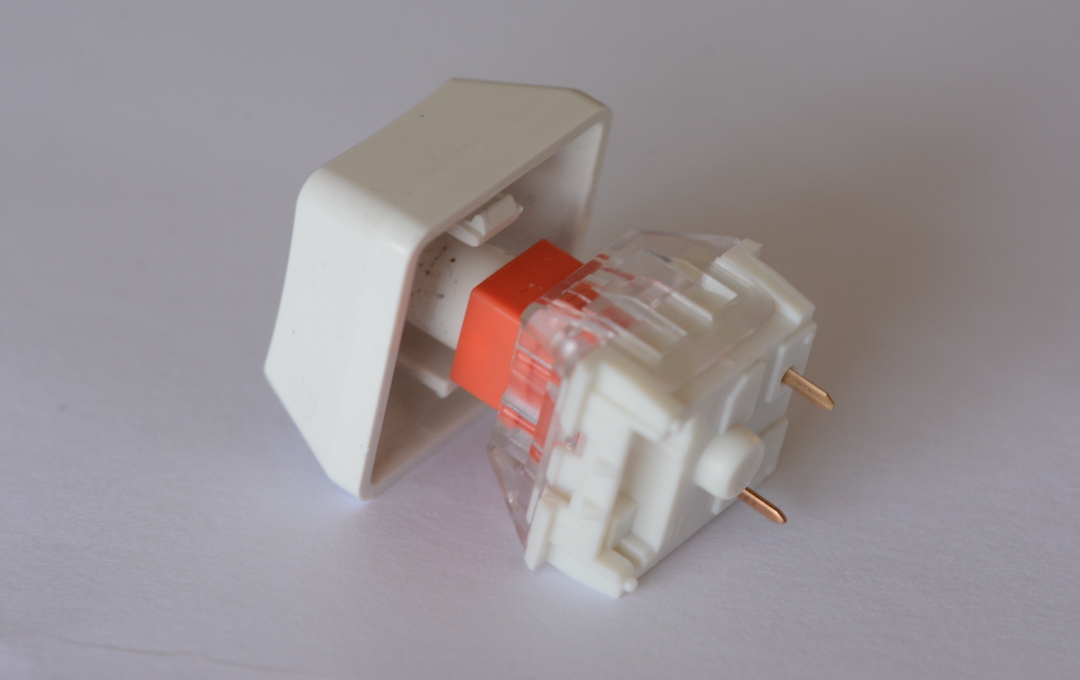 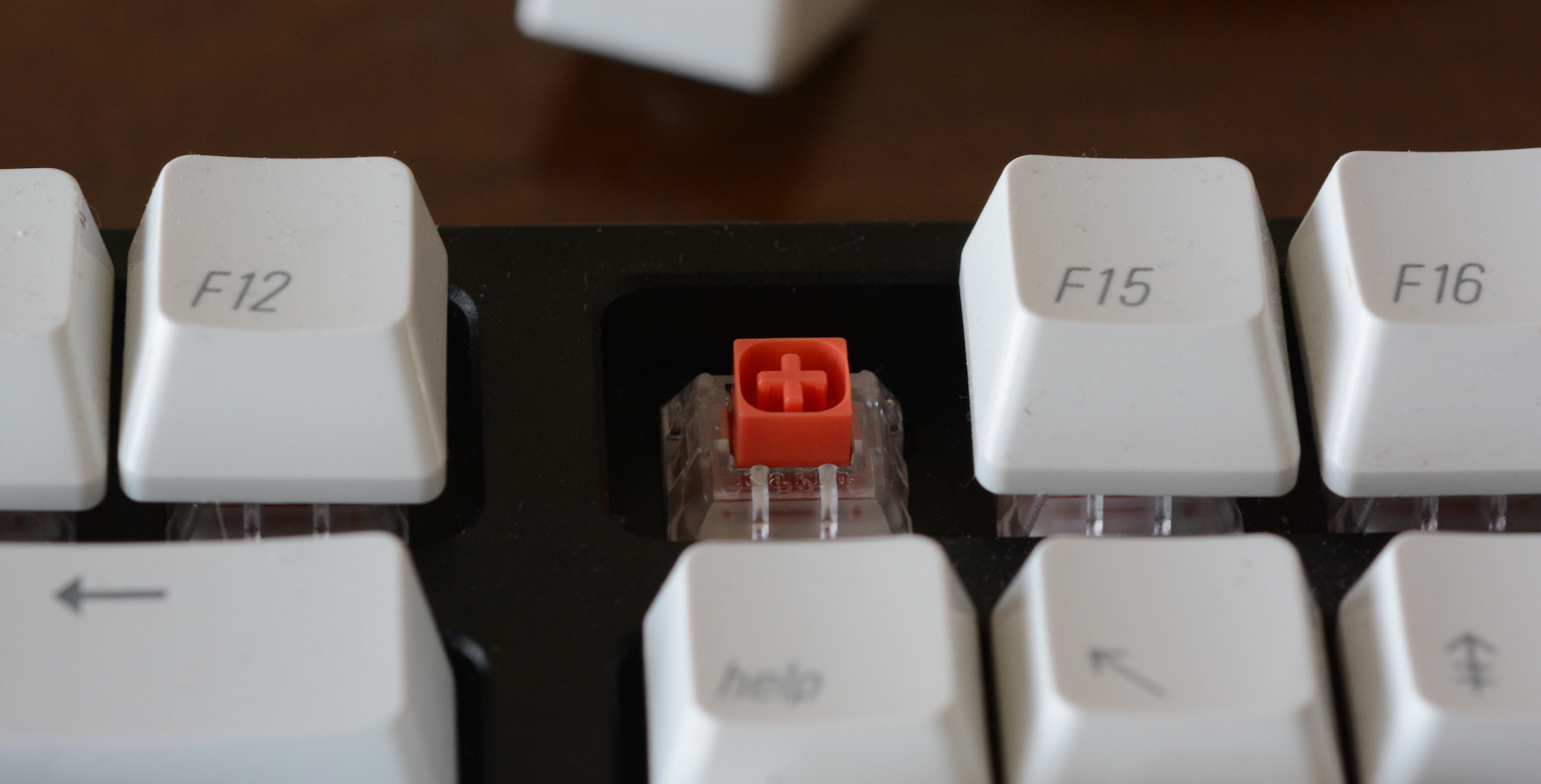 But the fit is too loose. However, we can fix that with some teflon tape. 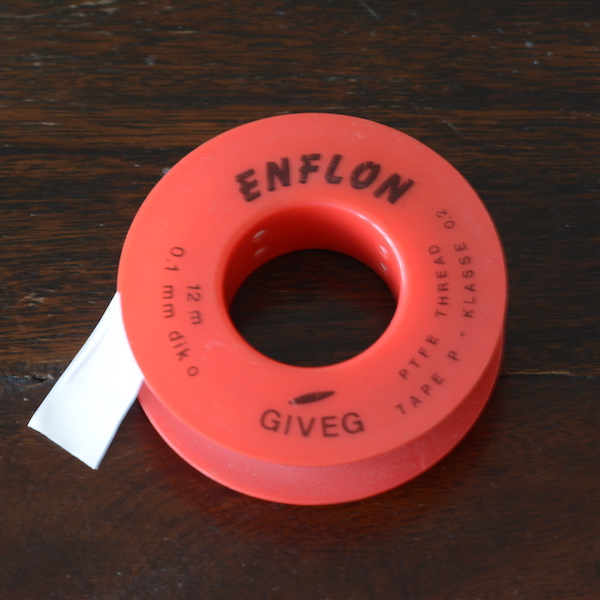 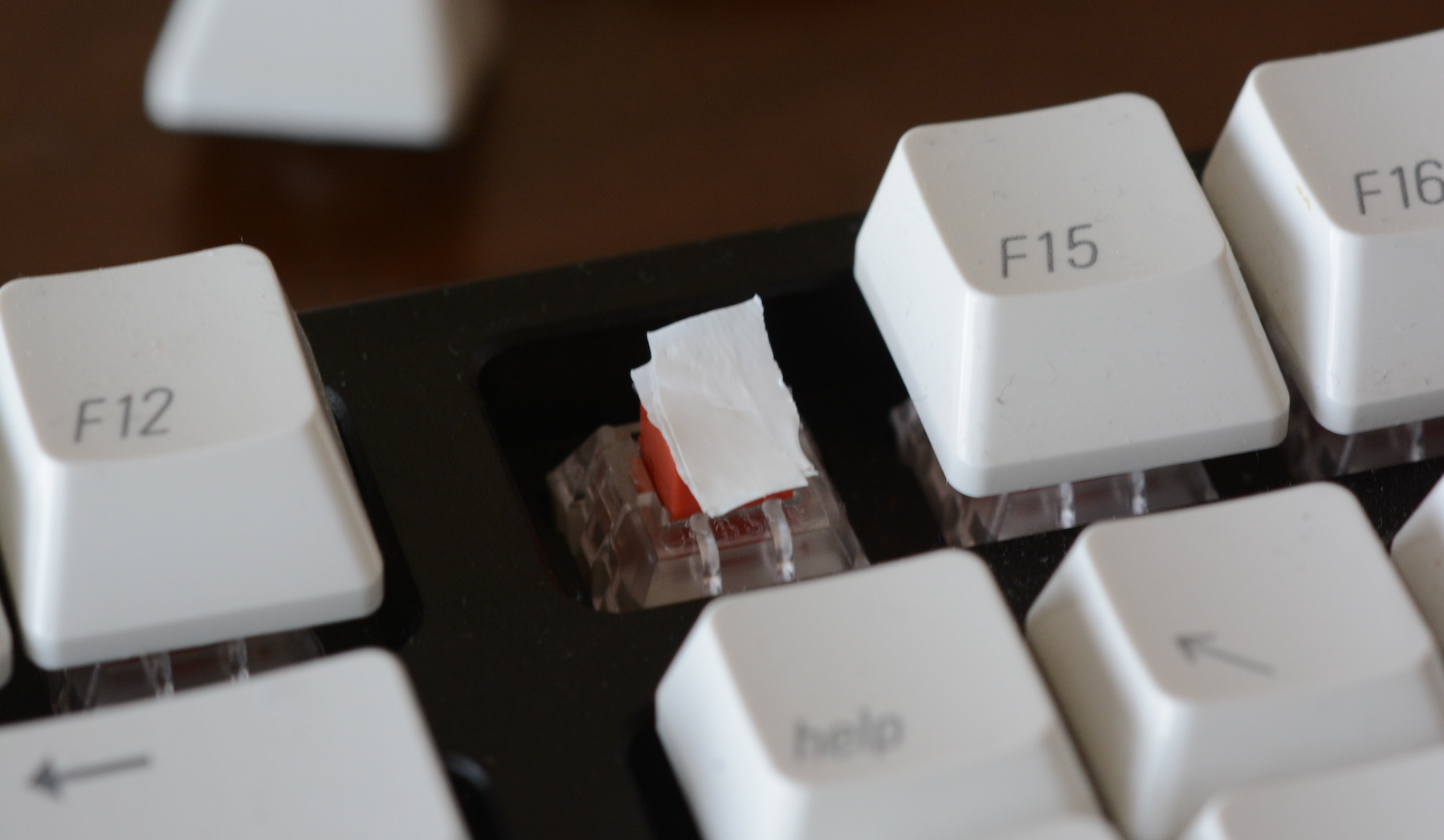 And there it is: the Drop CTRL keyboard with 2003 Apple Wireless Keyboard keycaps:

The keycap profile is a bit different, especially on the bottom row, as you can see with the alt key: 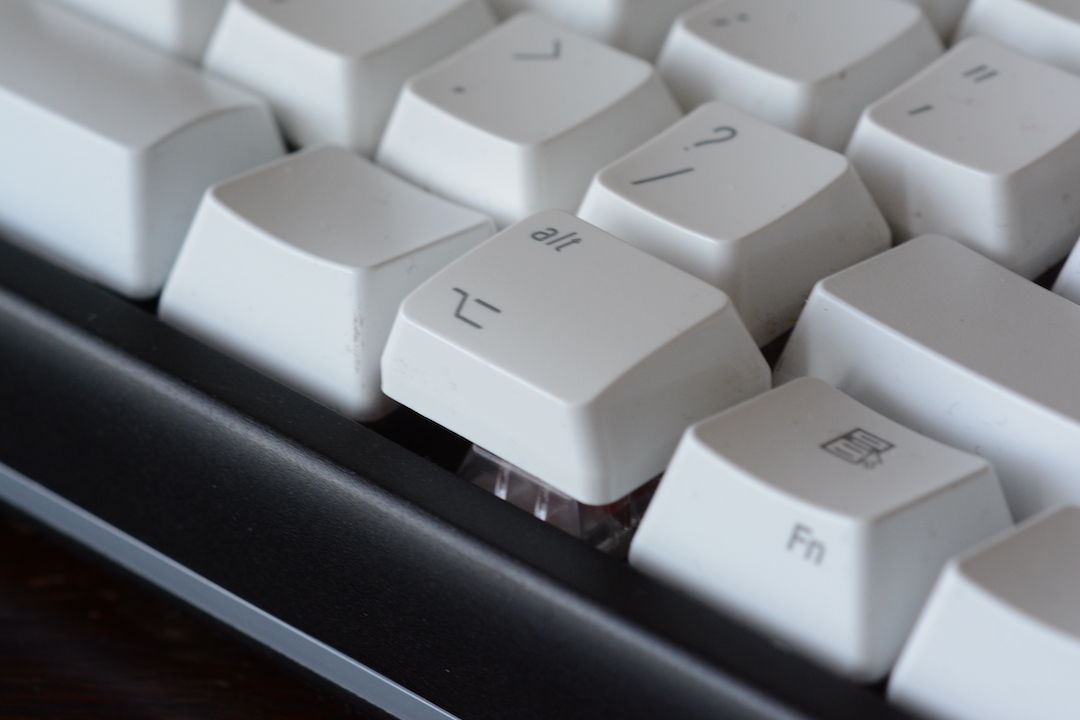 It's not possible to replace the entire bottom row with keys from the AWK2003, as only the alt key has a standard size. 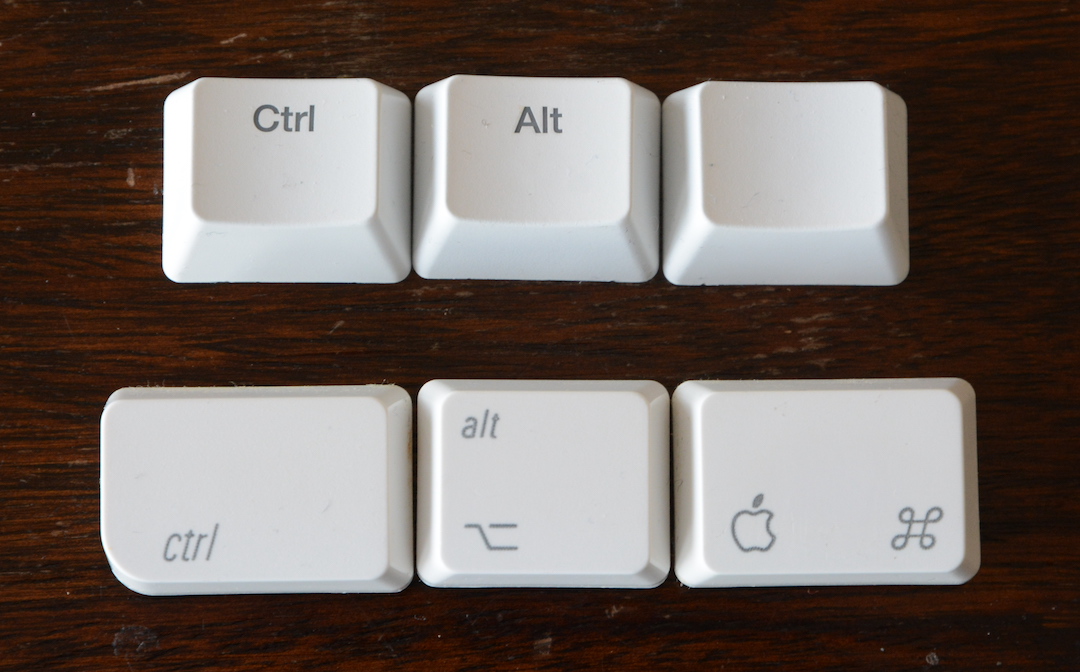 So I used the regular keycaps for the bottom row and the cursor keys: 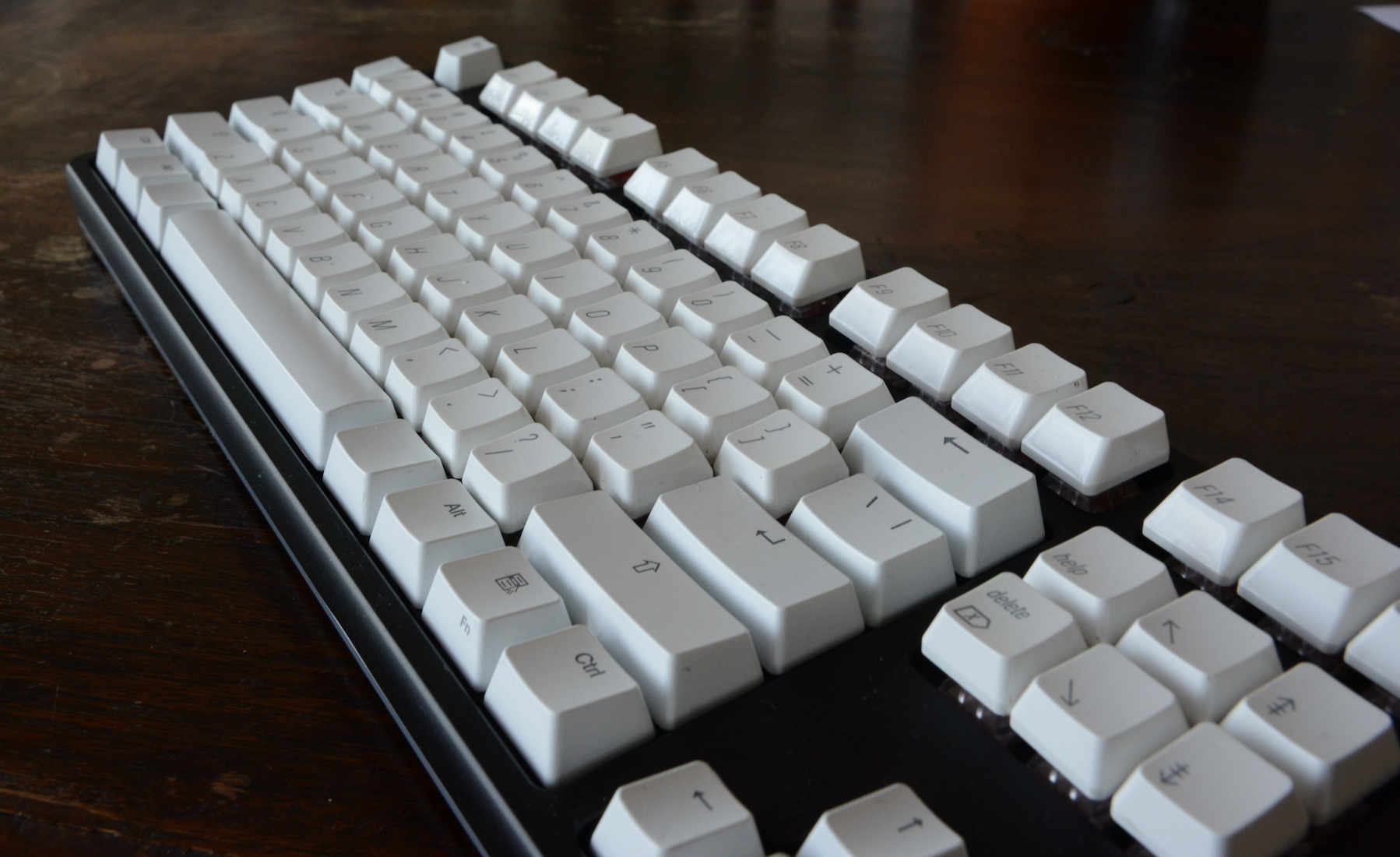 With three layers of teflon tape, the keys mostly stay put, but this is what can happen after a good long typing session...